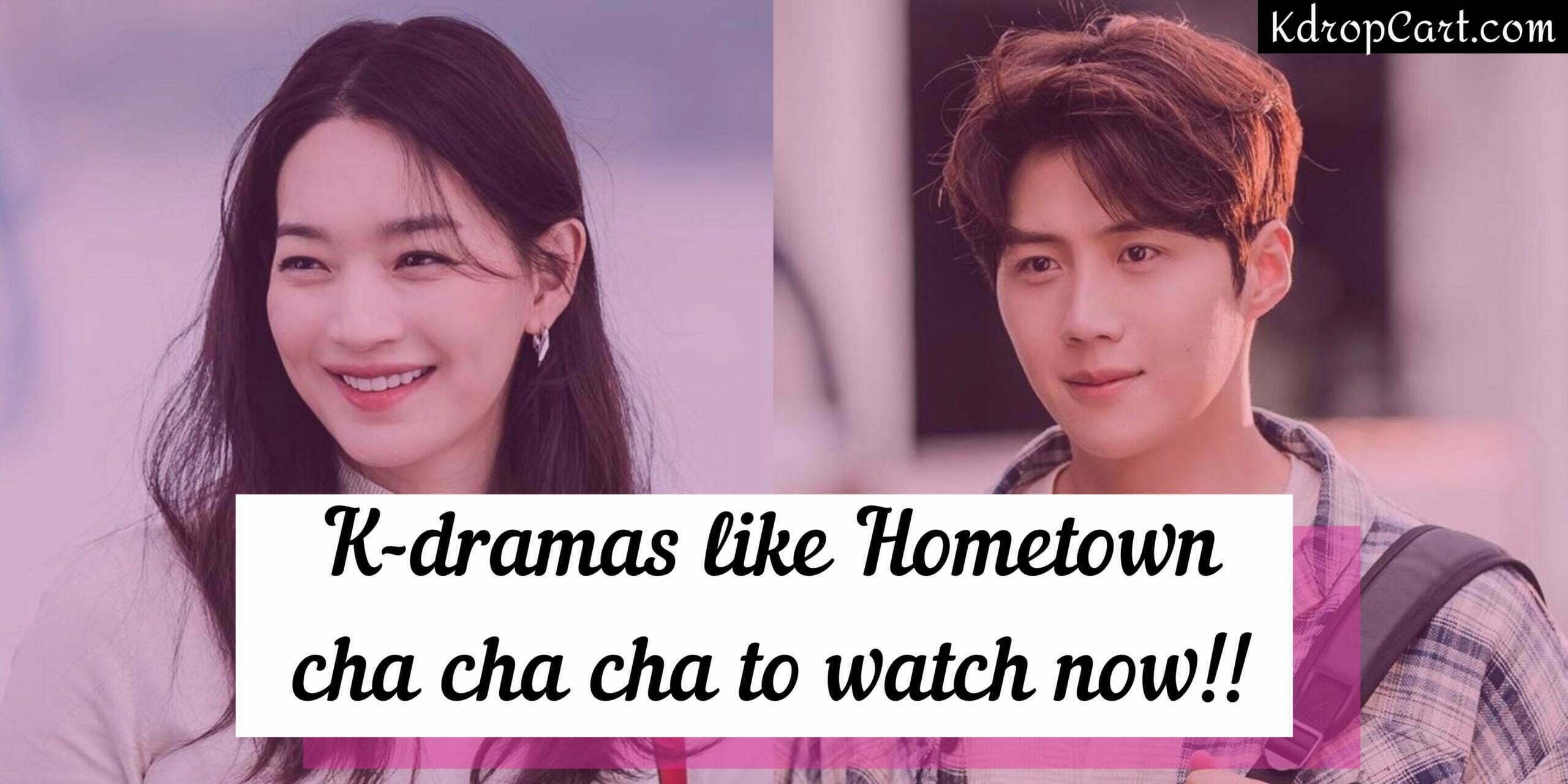 So you are watching Hometown cha cha cha kdrama? Well I think we all are ! I mean how can a Kdrama lover leave to watch this and if some are not watching right now they probably are waiting for it to complete so they can binge watch this lively Kdrama.

Waiting for an ongoing Kdrama like this is really a struggle. So today I have made a list of Kdramas for you that you can binge while waiting for the next episode of beautiful dimple couple Kim seon ho and Shin min ah.

Yumi’s cell is also a slice of life Kdrama. Similar to Hometown cha cha cha , it also gives rom-com vibes with beautiful cinematography.
It is a webtoon adoption and does not only focuses on main characters but also covers love story of other character

When the weather is fine

Hometown cha cha cha and When the weather is fine are a lot similar in vibes and storyline. Although HCCC is more fun while WTWIF is more melodramatic but in both shows male lead has feeling for the FL from the start.

Female lead moves to countryside from her city life for different reasons and falls for the ML there. In both shows supporting cast or people of the village also have their own storyline. So do give it a try if you are into this genre.

Both Kdramas Run on and Hometown cha cha cha have soft, lively and simple storyline teaching you great life lessons in most common everyday incidents.

Crash landing on you

I think many have already watched this Kdrama but still if you are a beginner and haven’t tried this then must go for it.

Crash landing on you is one of the highest rated Kdrama which Hometown cha cha cha is also going to be I guess and both have similar village/countryside setting. Both dramas show the beauty of countryside lifestyle.

When the Camilla blooms

Most common thing in both the shows is female lead going to countryside getting in trouble with villagers and both male leads in both kdramas are kind hearted sweet men.

Lovestruck in the city

You must be wondering why this drama is on this list then let me tell you the background setting of LITS and HCCC is quite similar as again both are set in the natural environment away of noisy city life.

Both the kdramas give lively vibes and female lead is suck with city life and comes to the countryside. So this can also be a good watch.

One thing to love in Hometown cha cha cha Is definetly its super entertaining starcast and same goes with the “Top star Yoo baek”. In both the dramas there is contrast to Seoulite city life and countryside life which is the main concept of HCCC.

Although Encounter is set more in the melodramatic nature but both dramas have one similar thing that is the traveling vibes and love of nature along with many life and love lessons.

Some other recommendations for dramas like Hometown cha cha cha:

How many of these have you watched? Let me know in the commments which one you gonna binge watch? Are you going to try Fun, Do Do Sol La La Sol or do you want to try something melodramatic like When the weather is fine?

By the way you can follow KdropCart on social media to be updated with newly launched Kpop/Kdrama merch, daily memes and reels and coming giveaways here …

Okay so this is it for today chingu, i would see you in the next post with something more fun 😀

Yes ! This is a must watch Kdrama for any Kdrama lover as the dramas is a simple rom com slice of life that only screams one thing “No stress allowed here”.

What are some of Kdramas like Hometown cha cha cha?

How to buy Korean Drama merch in India?

KdropCart has the best and koolest Kdrama merch you can shop in India with free shipping. Explore the catalogue here…